Is Visual Studio Code Good For An …by Kendall Chen2 years ago, 1 Reply

Most ASP .Net Core applications have configurations that contains secret keys or database connection strings that should not be stored in the configuration files or source control. This article shows you how to secure the configurations using the Secret Manager and the Azure Key Vault to make sure the sensitive information are not being exposed.

You can download the code or see the code at GitHub.

This project was built using the Paging and Sorting Application HERE as the starting point.

To create a key-value pair for a configuration, you can run the set command:

Below is an example:

If you have connection strings defined in the ConnectionStrings section in the appsettings file such as:

You can just prefix the configuration section followed by a colon, for example:

Below are the list of commands you can use in the Secret Manager:

It will be best to document the configurations needed in the README file for each project so that others can easily set up the project. 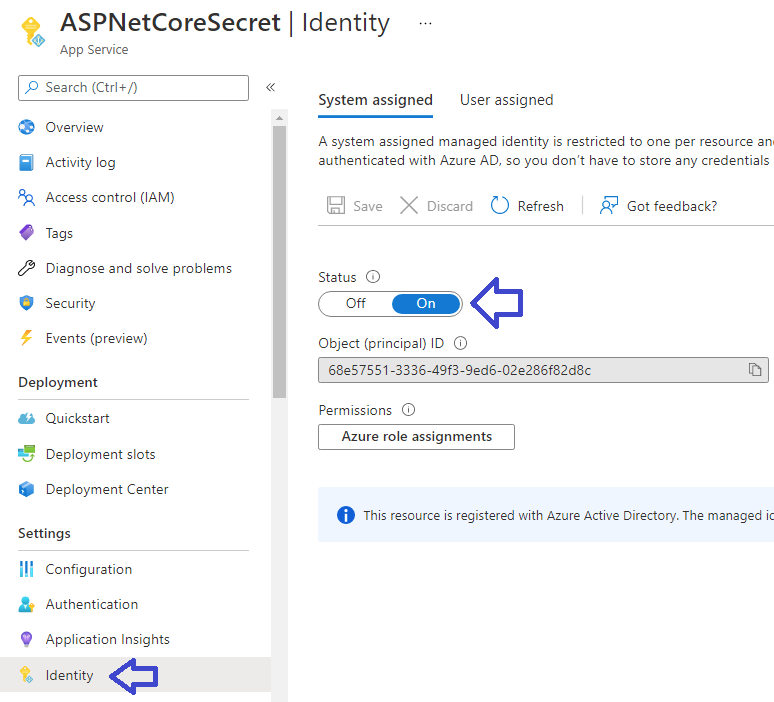 The Object ID generated is the identity of your application that is needed in Key Vault.  Next add a secret to an Azure Key Vault resource.  In this case I have created a secret named APIUrl (which is the name of the configuration, but you can give it a different name if you prefer) that has the URL of the API: 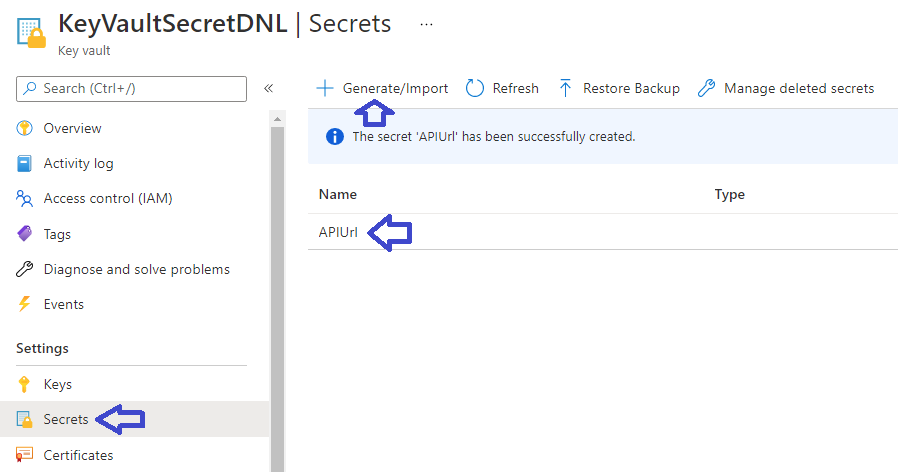 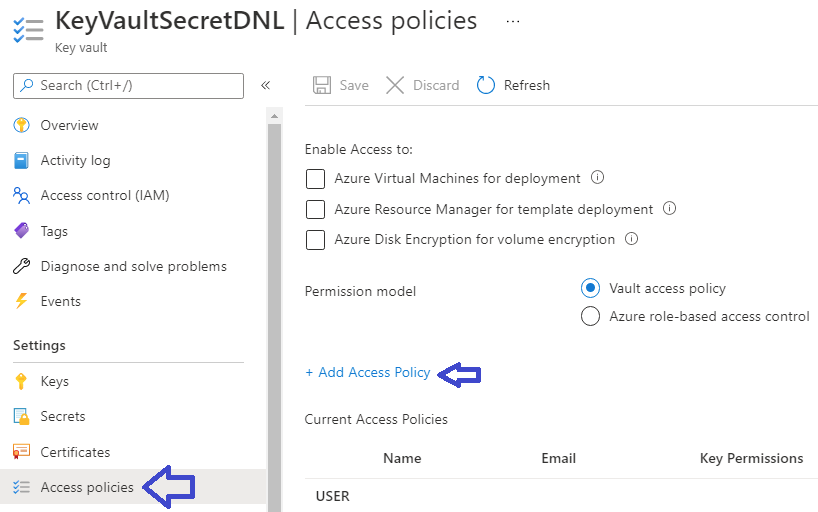 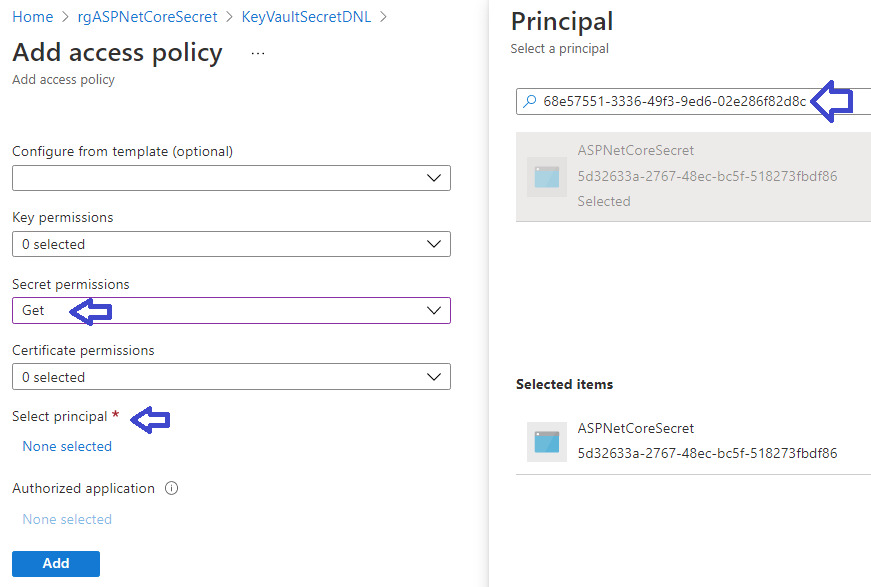 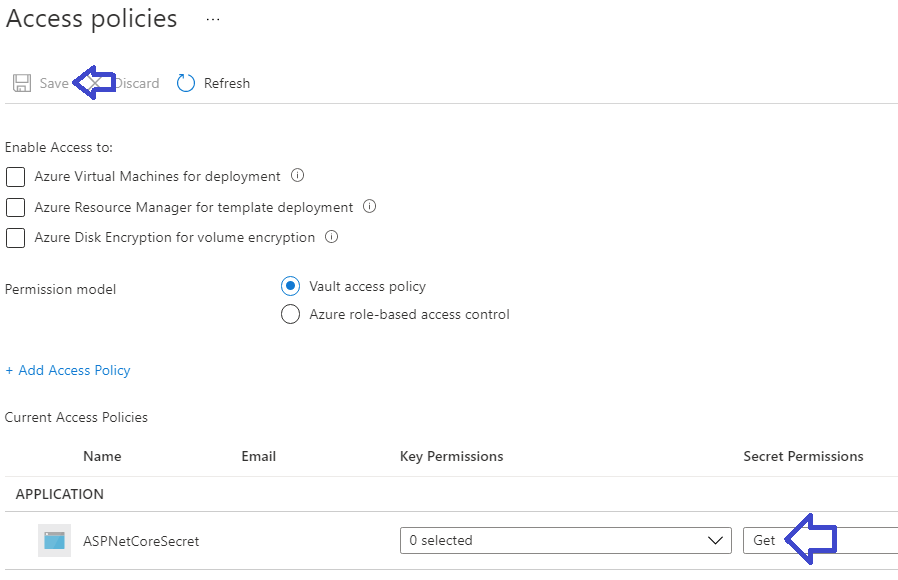 Now you can point your front end application’s configuration to the Key Vault secret with the syntax:

Besides the application configurations, you can also do the same for the database connection strings in the API as shown below:

And that’s all.  Hope this will help you in securing your application configurations.